This series titled Service Industry is another strand of my ongoing series titled Fully Exploited Labour that has continued to look at the changing nature of how we think about work.

Exhibiting with FireWorks Gallery gives me the opportunity to exhibit the work alongside that of contemporary artists, many of whom are Indigenous - I love the way this context offers new ways of thinking about some of the issues the work raises.

I began this series thinking about these vintage, hand-made DIY 'dumb waiters' that still crop up now and then in antique shops and bric-a-brac collections. There's a casual domestic racism about them that's chilling. They're works that were made by backyard handymen -  by everyday Joes using up a bit of left-over pine and paint so they could make something serviceable: a little hall-stand to hold the ashtray. You don't have to be a political brain-box to realise the connections between the facts that that these little men were always waiting to serve, were always dressed in livery, and were always black. In the twenty-first century they might seem quaint - even appealing - a reminder of how things were, and an assurance that since the time these 'dumb waiters' were made, things have changed.

Well, things might have changed: on the whole people don't smoke as much anymore. But a lot of things have stayed the same. Power and control are shape-shifters, even though the structure of power retains a recognisably pyramidal framework.

The series developed when I started thinking a bit more about the changing nature of the Australian workforce. In the last decade, as manufacturing has ground down to a low ebb in the country, millions of workers have lost their jobs. I looked at just a few of the large companies that had significant manufacturing histories in Australia, and made a little effigy for the workers that had built the reputations of the products that have, in many instances, become closely associated with Australian identity.

Instead of livery, I dressed each of them in the standardised uniform of 'the worker' in Australia - high-vis orange and blue with reflector strips. Each of them stand on an oval that looks part like the rings of an old tree, part like the eddies in a whirlpool that sucks you under. The base they stand on details little written accounts of the history of each of the companies they worked for; these stories tell of how the manufacturing giants began with the dreams and determination of those who dared; of how they provided jobs for so many new migrants to the country; of how they spearheaded so many technological innovations, and of how, for decades, they fought back against take-overs and multi-nationals and bankruptcy until they either moved off-shore or closed shop for good.

As I started making them - as is the way for artists - all this drops to one side as the lure of the materials takes over. I wanted a DIY look - one that gave a nod to the original 'dumb waiters', and I also wanted a sense of an almost naive approach to imagery; one where the shallow 3 dimensional space seems to struggle to become more volumetric. In the end, the paint and colour and edges conjured up their own appeal, and the work became decidedly painterly. In the end you're always thinking just as much about the stuff of paint and the history of painting as you are about the world you're living in, and that's the way this series went too - a kind of big painting made of little interconnected parts...just like the world once was. 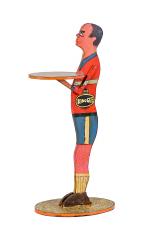 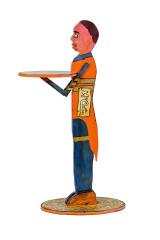 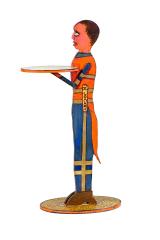 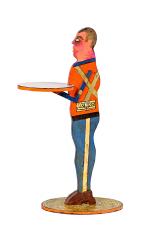 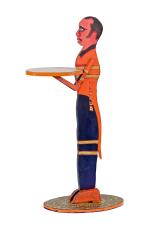 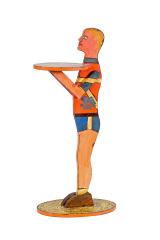 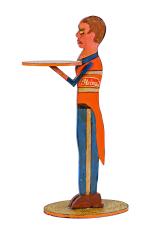 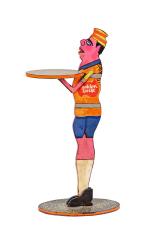 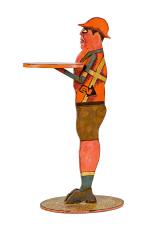 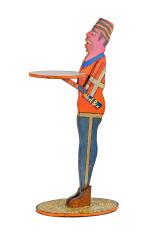 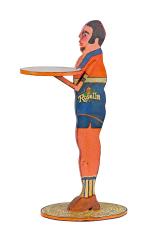 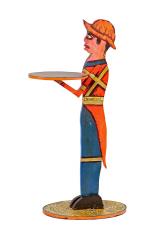 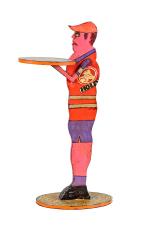 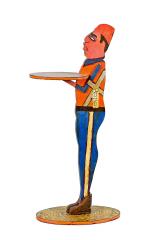